The Sason’s Fund Scholarship was established by family members in 2001 after the tragic and accidental death of Sason Sharify, a respected high school math teacher, athlete, and coach.

In 2021, the fund marked an incredible 20 years of helping students, so we reached out to Sason’s family with some questions. The answers that Robert, Sason’s older brother, gave were so thoughtful and meaningful, we’ve included his full response to the questions here.

What were the initial hopes and dreams in starting a scholarship?

During and after my brother’s funeral in 2001, I met hundreds of his friends, parents, peers and current/past students. They conveyed many touching anecdotes about Sason’s efforts to help others challenge themselves and improve their academic and athletic performance. Since he was a teacher and a coach, that was to be expected, but he often reached out to his students year round, offering workout suggestions, math tutorials, and post-graduation guidance to many of his student athletes. Parents and graduates told me that he cared how his students matured in the community and pursued their dreams.

I also found evidence of his efforts to support student athletes (and improve teacher accountability) while cleaning his apartment. At the time, I didn’t know much about his work and was surprised to find copious records about his methods, student progress/achievements/milestones, university contacts, camps, and internships. After reading his master’s thesis on maximizing teacher/student potential, I contacted his peers at Wasson and Greeley Central and discovered their respect for his programs and passion as a teacher/coach as well.

After a period of grief and reflection (during which we received numerous donations from peers, former students, parents and local firms), I wanted to use the funds to create a scholarship program that continued my brother’s efforts to help student athletes. A business contact in Greeley introduced us to Julie Johnson Haffner (former president of WCF) in the fall of 2001. During that troubling time for our family and the nation, she helped us craft the guidelines for the scholarship, which would be managed by WCF (primarily Lauren Weber) and awarded annually by teachers, counselors & coaches to graduating seniors who demonstrated leadership and teamwork skills in academics & athletics and integrity in their community. Our hope was to give these scholarship recipients a helpful post-graduation boost as they pursue their dreams.

Are there any stories from over the years tied into the scholarship that have really stuck with you?

There are numerous memorable anecdotes regarding the scholarship, many regarding a specific recipient or event, some regarding a general observation.

– The academic convocation at Wasson in 2002, during which we introduced the first scholarship recipient, Levi Brathall, remains an emotional standout for my family. Since Wasson was where Sason taught before he passed away, the inspired discussions we had with administrators, teachers and students there were especially powerful and filled us with hope and energy. We even learned about the infamous “hurl hill”, where Sason took his athletes early every season to complete a difficult workout. Additionally, our family was invited to several memorial events at that school, including the release of memory balloons on the football field by the entire graduating class of 2002, the planting of Sason’s tree in the school’s courtyard, and the establishment of a plaque to commemorate the scholarship recipients.

– The expansion of SasonsFund to include Greeley Central in 2003 was a proud moment for the program. The principal and counselor’s initial skepticism at our program, then sudden energized support once the initial award had been made (to Carey Kohout), led to a friendly rapport and customized award ceremony for that school (until the WCF scholarship receptions began).

– As part of our honeymoon in Colorado in May, 2005, my wife and I presented the SasonsFund Scholarship to Kathryn Clagett during the Wasson academic convocation. It was an especially memorable moment during an especially happy time in my life.

– In the early years of the scholarship, friends and peers of Sason held a well-organized annual golf tournament at Pelican Lakes to raise money for the budding scholarship program. All three tournaments (in July 2004, 2005, & 2006) were fun and extremely successful while strengthening bonds between community members associated with each high school.

– The closing of Wasson high school in 2013 was a sad event. Meeting the final recipient at Wasson, Marcellus Thomas, was another emotional moment. Although the cancellation of the scholarship program in Colorado Springs after 12 years was disappointing, it allowed WCF to expand the scholarship award amounts to Greeley West and Central recipients.

– Meeting each recipient and their parents each year is special to our family. Learning a little about their high school and community experiences, their family, who they are, where they are going and their interests is always fascinating. Collecting stats about the scholarship distribution is fun too. To date, WCF has awarded the scholarship to 25 females and 24 males. Although we don’t keep records regarding their college career, the recipients have attended 21 different colleges in 11 states.

What are some reflections you have on the scholarship being present in the community now for 20 years?

This year, WCF is awarding the 50th and 51st SasonsFund Scholarship to recipients from Greeley West and Greeley Central. Our 20th year! When I initiated this program in late 2001, I wanted to create a modest program that honored Sason and his ambitions. The smiles regarding future potential overcome the sadness of our past loss during each scholarship season. My respect for my brother has only increased by listening to the hope and promise of each recipient. My brother saw the potential in each of his student athletes and knew how to challenge them with respect and without intimidation. I often wonder how Sason would have reacted to the challenges of these past two unprecedented school years, but I’m sure he would have found a way to keep the students and his community inspired.

We made the right choice by partnering with WCF in 2001. The SasonsFund Scholarship program is a proud part of our family and will hopefully assist many more students far into the future.

Thanks for the questions. I hope this helps.
Robert 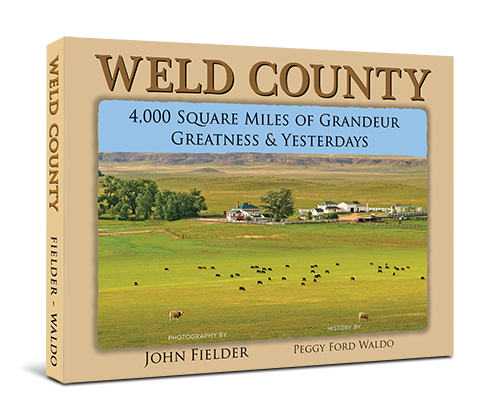 Designed & Developed by One Tribe Creative