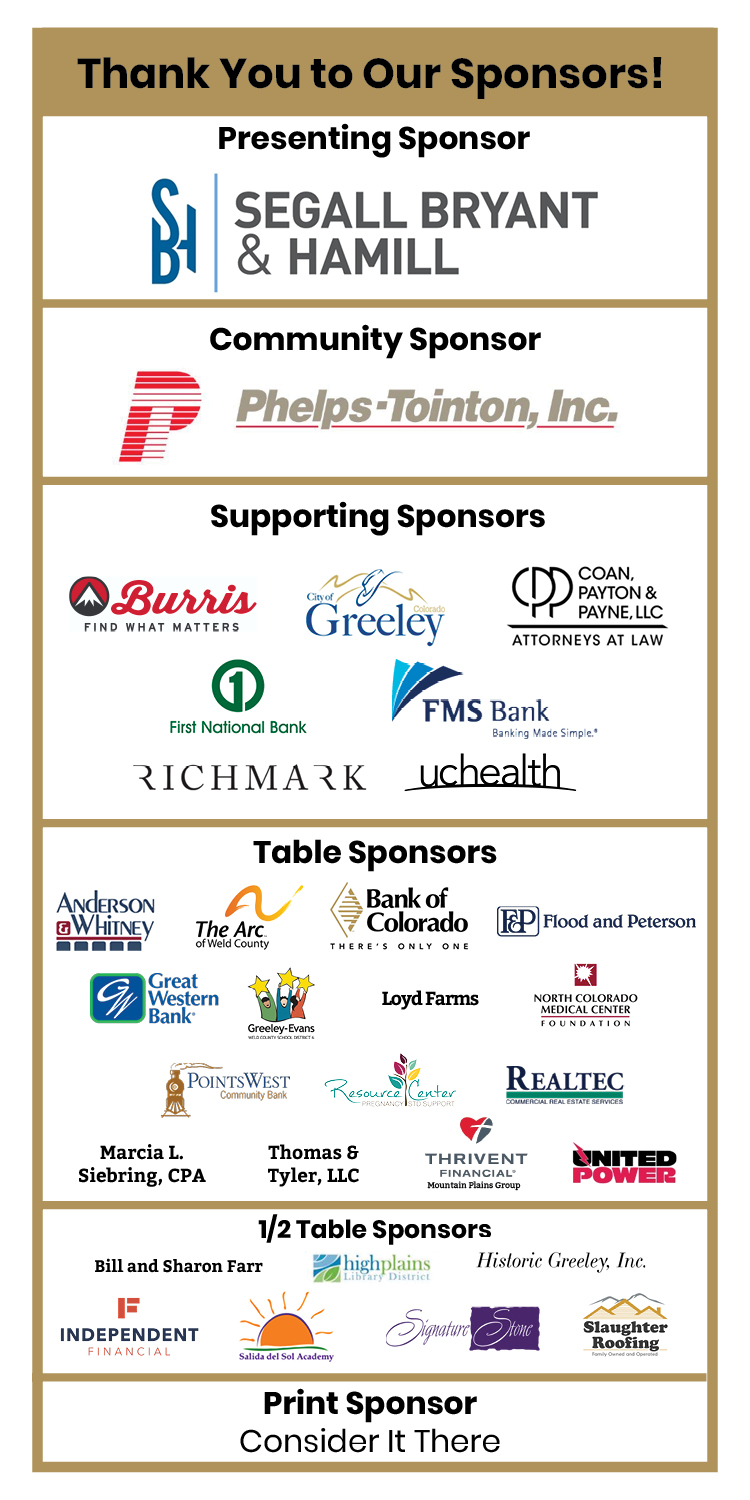 The Weld Community Foundation celebrated its annual luncheon on October 22nd. It recognized donors (as well as community leaders, nonprofits, and businesses) for the true magic they create when they “spread the good”.

Alongside Rand’s highlights was a performance by Mary Claxton, who was awarded an Arts Alive! grant last year for her band Trash Cat, and a preview of Weld Found, a podcast produced by the Foundation about belonging in an age of social isolation and disconnection.

Then finally, the audience enjoyed a magic performance from Brandon K. Parker, a professional magician from Arvada. (Both Brandon and local magician, Michael Harrington, also entertained people before and after the program with up-close magic.)

It was an inspiring afternoon at the Riverside Library and Cultural Center in Evans and the Foundation staff is already looking forward to next year!